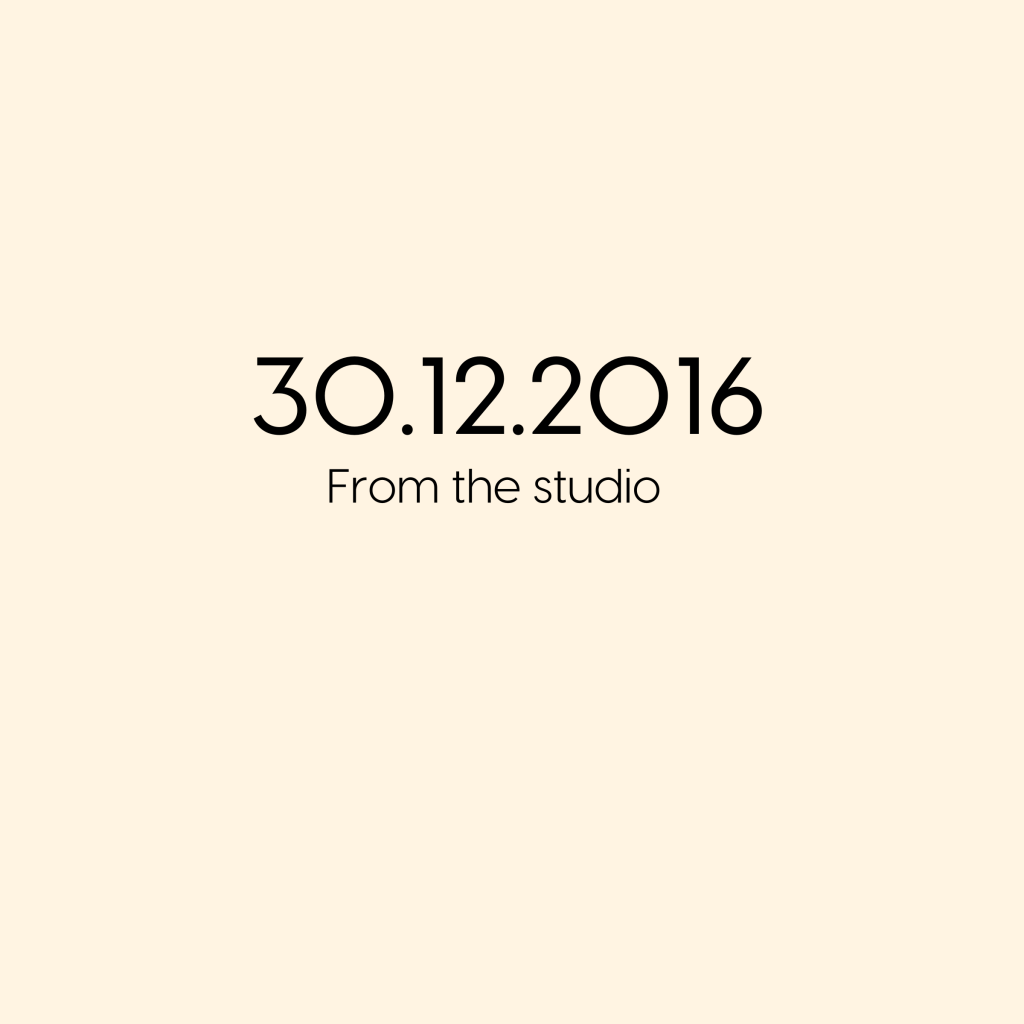 FROM THE STUDIO//: As the calendar ticks over into a new year, it brings something of a psychological reset. It’s a wiping of the slate, starting afresh or, to borrow a hackneyed magazine coverline that gets trawled out year after year: new year, new you.

Inevitably, a New Year brings a slew of resolutions to look/behave/eat/dress/exercise or work differently/better/more/less. Well how about this for a 2017 resolution? No resolutions.

Why set yourself up for failure? A US study in 2013 found that just 92% of people fall flat on their resolutions, which means the majority of us are just coasting through the year on a sea of disappointment.

At rara HQ, we’re all about the New Years motto… a less prescriptive and less restrictive approach than traditional resolutions (besides, fad diets and smoking are so 90s).

The New Year’s motto is more a mantra to live by, words to enhance all aspects of life, rather than cherry-picking certain parts in need of renovation.

One of the raraPR crew adopted the motto ‘embrace change’ about four years ago and it worked out so well for him, he’s adopted every year since—which is ironic, really. So 2017 is time to shake that up and embrace a new motto.

Perhaps this year could be one to ‘be daring’, ‘nurture relationships’, ‘step back’ or ‘push harder’.

None of which is to say that tangible things like ‘exercise more’, ‘spend time with family’ or ‘clean out the spare room’ aren’t without merit… it’s just that truly successful people don’t save them up for the start of the year. They set goals, schedule life, take action and make sure they achieve stuff day in, day out, all year round.

And that’s how it should be.

Our Ethos
01
We’re a passionate team who thrive on creating content that works. Or in other words, tasteful brand assets that build equity for a business.
02
We’re driven by the purpose, the meaning and the stories behind why a business exists as much as the quality of the product or service.
03
We’re inspired by being around the start-up community, entrepreneurs, intrepreneurs, solopreneurs, creators, makers, thought-leaders, dreamers and seekers willing to go beyond the good for the truly great.
04
The desire to help people take their business to the next level and reach their potential drives everything we do.
05
We get excited about producing innovative and thoughtful PR, digital, social media and design outcomes.
06
We’re at our natural best when we’re connecting talent and bringing communities together inside and outside the company.
07
We collaborate and become a seamless extension of our clients’ team.
08
We see, listen, mentor, educate, inspire, support, direct, provide clarity and instil confidence within our team andour community.
09
We care about providing value, which is the fundamental centrepiece of what we do.
10
We’re all about honesty and integrity, authenticity and transparency. That’s how we roll.
Come PR life with me today. Ft. @commedesgarcons @